President Reagan once said in terms of unifying the nations and people of earth:

“In our obsession with antagonisms of the moment, we often forget how much unites all the members of humanity. Perhaps we need some outside, universal threat to make us recognize this common bond. I occasionally think how quickly our differences worldwide would vanish if we were facing an alien threat from outside this world” (Address to the 42nd Session of the United Nations General Assembly in New York, New York, on September 21, 1987).

What if there really is a mortal threat from outside this world? But what if that threat is God? To what am I referring? I am referring to the fact that we humans are temporary stewards of someone else’s planet. We did not make this world; neither did our ancestors; so whose world is it?

With all our concerns for “the moment” as Reagan said, have we forgotten this basic question—”Whose world is this?” It is reported more than 80 different alien species are visiting earth (see Canadian Defense Minister Paul Hellyer), and 95% of them respect the owner of this planet enough to leave us alone. It appears that the majority of humans on earth lack what the majority of our advanced visitors have—respect for whose world this is.

Even though God is not currently on the earth in a magnitude that compels people to live righteously, He soon will be according to Bible prophecy. The “How” and the “When” of those prophecies is open to debate. Lack of consensus has led many to doubt the existence of God, which in turn has lead to amoral and immoral lives.

The answers to the questions “Who”, “How”, and “When” the earth and its inhabitants are under mortal threat from an “outside source” that is God are clearly stated in scripture.

14 And ENOCH also, the seventh from Adam, PROPHESIED of these, saying, Behold, the LORD COMETH with ten thousands of his saints,
15 To EXECUTE JUDGMENT upon all, and to convince ALL THAT ARE UNGODLY among them of all THEIR UNGODLY DEEDS which they have UNGODLY COMMITTED, and of all their HARD SPEECHES which UNGODLY SINNERS HAVE SPOKEN AGAINST HIM.
16 These are MURMURERS, COMPLAINERS, walking after their OWN LUSTS; and their MOUTH SPEAKETH GREAT SWELLING WORDS (Jude 1)

Who will be destroyed?

28 And the destruction of the transgressors and of the sinners shall be together, and they that forsake the Lord shall be consumed.  (Isaiah 1)

According to those verses, it’s the transgressors, sinners, and anyone who has forsaken God who is in threat of being destroyed. If the transgressors, sinners, and all who have forsaken God were made aware of their pending demise, would they repent and respect the “common bond” that can unite all of humanity? Or will that not come until after the world sees the destruction of the wicked?

The “How” God, our external mortal threat, will destroy transgressors, sinners, and those who have forsaken Him is stated in the following verse:

15 For, behold, the Lord will come with FIRE, and with his chariots like a whirlwind, to render his anger with fury, and his rebuke with FLAMES OF FIRE. (Isaiah 66)

This threat is not without precedent, for according to the archaeological and historical Biblical record, God HAS destroyed the wicked before by the use of fire and brimstone:

24 Then the Lord rained upon Sodom and upon Gomorrah BRIMSTONE and FIRE from the Lord out of heaven;
25 And he overthrew those CITIES, and ALL the PLAIN, and ALL the INHABITANTS of the CITIES, and that which grew upon the ground (Genesis 19)

Which Jude reminds us of in the same prophecy as given above, saying:

7 Even as Sodom and Gomorrha, and the CITIES ABOUT THEM in like manner, giving themselves over to fornication, and going after strange flesh, are set forth for an example, SUFFERING THE VENGEANCE OF ETERNAL FIRE. (Jude 1)

Yes, God has and can destroy with fire and brimstone entire peoples (“all the inhabitants”), cities (Sodom, Gomorrah, all the cities), and areas (“all the plain”). In the following account, God, our external mortal threat, destroyed select individuals:

I wrote a book called TABERAH that documents these things. What the absolute wicked fail to remember is this:

How does that make you feel, you haters and despisers of God? The world is awesome, full of opportunity and experiences, but because another wicked human hurt you, you want to blame God, and in turn, become wicked yourself—the very thing that turned you against Him? YOU’RE A HYPOCRITE.

If you thought the actions of the evil person were evil, then why have you become evil yourself? It is because you are only upset that it happened TO YOU, which is proof you suffer from ARROGANCE, believing you are ABOVE EVERYONE ELSE and don’t need to suffer any injustices at all—only others.

It’s YOU, the PROUD, who were SPOILED by parents who were ALREADY what you became—ARROGANT. God despises the PROUD. The proud are a threat to humanity because they don’t play well with others, and don’t understand that it is reasonable to “take a hit” for humanity from time to time, and that true happiness comes from GIVING, NOT RECEIVING; and in forgiving, not hurting.

LEARN THE WORDS AND TEACHINGS OF JESUS, THAT’S WHAT HE TAUGHT—TURN THE OTHER CHEEK, ETC. HE SUFFERED AND DIED FOR YOUR ARROGANT ACTS—IF YOU STOP, AND IF YOU REPENT. IF YOU DO NOT REPENT, YOU WILL BE DESTROYED BY FIRE AND END UP IN THE ETERNAL FLAMES OF HELL.

True to His Word

Please understand, God is firm on universal laws, and He is faithful to His word. If a prophet prophesied something rightly, then IT WILL COME TO PASS—the absolute wicked must be destroyed before Jesus returns:

17 The Lord hath done that which he had devised; he hath fulfilled his word that he had commanded in the days of old (Lamentations 2)

45 There failed not ought of any good thing which the Lord had spoken unto the house of Israel; all came to pass. (Joshua 21)

56 Blessed be the Lord, that hath given rest unto his people Israel, according to all that he promised: there hath not failed one word of all his good promise, which he promised by the hand of Moses his servant. (1 Kings 8)

11 So shall my word be that goeth forth out of my mouth: it shall not return unto me void, but it shall accomplish that which I please  (Isaiah 55:11)

25 For I am the Lord: I will speak, and the word that I shall speak shall come to pass; (Ezekiel 12)

20 And, behold, thou shalt be dumb, and not able to speak, until the day that these things shall be performed, because thou believest not my words, which shall be fulfilled in their season. (Luke 1)

44 And he said unto them, These are the words which I spake unto you, while I was yet with you, that all things must be fulfilled, which were written in the law of Moses, and in the prophets, and in the psalms, concerning me. (Luke 24)

35 Heaven and earth shall pass away, but my words shall not pass away. (Matthew 24)

Many prophecies have established the sequence of prophetic events. Let’s revisit the prophecy cited in Isaiah 66 in greater context:

14 And when ye see this, your heart shall rejoice, and your bones shall flourish like an herb: and the hand of the Lord shall be known toward his servants, and his indignation toward his enemies.
15 For, behold, the Lord will come with FIRE, and with his chariots like a whirlwind, to render his anger with fury, and his rebuke with flames of FIRE (1).
17 They that sanctify themselves, and purify themselves in the gardens behind one tree in the midst, eating swine’s flesh, and the abomination, and the mouse, shall be consumed together, saith the Lord (2).
18 For I know their works and their thoughts: it shall come that I will gather all nations and tongues; and they shall come, and SEE MY GLORY (3). (Isaiah 66)

1) God will come and destroy the absolute wicked by fire (e.g., investors in the black arts, those who love debauchery).

2) The King James Version is a little cryptic, but is referring to witches (of all varieties), warlocks, satanists, and other like. Other translations put it this way:

The LORD says, The end is near for those who purify themselves for PAGAN WORSHIP, who go in procession to sacred gardens, and who eat pork and mice and other disgusting foods. (GNT)

Here is a commentary that clarifies the same:

“The ‘consecration’ and ‘purification’ are the initiatory rites of heathen mysteries, connected probably with the WORSHIP OF BAAL” (Ellicott’s Commentary).

Other verses that confirm God is against witchcraft in all its forms:

12 And I will CUT OFF witchcrafts out of thine hand; and thou shalt have no more soothsayers: (Micah 5)

3) After the absolute wicked have been removed, God will arrive in His Shekinah form on Temple Mount first, as is detailed in my book Temple Mount 11:11 Horn of God – The Vision. 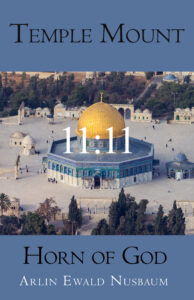 This is what God says people will think of the dead:

Wickedness is not happiness. God is a holy being and the earth must be removed of its worst offenders before He returns. God is preceded by His warring angels who will remove the absolute wicked. Many have misinterpreted God’s long-suffering and patience as tolerance or apathy for humanity.

1 For, behold, the day cometh, that shall burn as an oven; and all the proud, yea, and all that do wickedly, shall be stubble: and the day that cometh shall burn them up, saith the Lord of hosts, that it shall leave them neither root nor branch.
2 But unto you that fear my name shall the Sun of righteousness arise with healing in his wings; and ye shall go forth, and grow up as calves of the stall. (Malachi 4)

2 Many shall follow their pernicious ways WHOSE JUDGMENT now of a long time LINGERETH NOT, and THEIR DAMNATION SLUMBERETH NOT. (2 Peter 2:2,3)

18 Neither their silver nor their gold shall be able to deliver them in the day of the LORD’S WRATH; but the whole land shall be DEVOURED BY THE FIRE of his jealousy: for he shall make even a SPEEDY RIDDANCE OF ALL THEM that dwell in the land. (Zephaniah 1)

12 Whose fan is in his hand, and he will THROUGHLY PURGE his floor, and gather his wheat into the garner; but HE WILL BURN UP THE CHAFF WITH UNQUENCHABLE FIRE. (Matthew 3)

8 In FLAMING FIRE TAKING VENGEANCE on them that KNOW NOT GOD, and that OBEY NOT THE GOSPEL of our Lord Jesus Christ (2 Thessalonians 1)

14 Behold, THEY SHALL BE AS STUBBLE; the FIRE shall BURN THEM; they shall NOT DELIVER THEMSELVES from the POWER OF THE FLAME (Isaiah 47)

14 Ye have said, It is vain to serve God: and what profit is it that we have kept his ordinance, and that we have walked mournfully before the Lord of hosts?
16 Then they that feared the Lord spake often one to another: and the Lord hearkened, and heard it, and a book of remembrance was written before him for them that feared the Lord, and that thought upon his name.
17 And THEY SHALL BE MINE, saith the Lord of hosts, in that day when I MAKE UP MY JEWELS; and I WILL SPARE THEM (Malachi 3)

16 These are MURMURERS, COMPLAINERS, walking after their OWN LUSTS; and their MOUTH SPEAKETH great SWELLING WORDS
18 How that they told you there should be MOCKERS in the last time, who should walk after their own UNGODLY LUSTS (Jude 1)